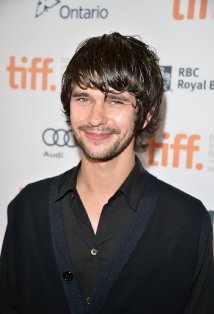 Ben Whishaw was born on 14th October 1980 in Clifton, Bedfordshire in England and has a twin brother called James. He is regarded by many critics as one of the best actors of his generation and was a member of Bancroft Players Youth Theatre at Hitchin's Queen Mother Theatre. He attended Samuel Whitbread Community College and also graduated from the Royal Academy of Dramatic Arts.

His first film role was Pte. James Deamis in The Trench (1999) in which he worked with fellow actor Daniel Craig, of whom he would work with in 3 future productions (Layer Cake (2004), Enduring Love (2004) and Skyfall (2012)). One of his more well known film roles is that of Jean-Baptiste Grenouille in Tom Tykwer's Perfume: The Story of a Murderer (2006). For this role he beat big actors such as Leonardo DiCaprio and Orlando Bloom.

In 2012, he appeared as part of the ensemble cast of the science-fiction drama film Cloud Atlas.

Whishaw entered into a civil partnership with Australian composer Mark Bradshaw in August 2012. In 2014, he publicly discussed his coming out as a gay man, saying that it was a tense experience for him but "everyone was surprisingly lovely."

Retrieved from "https://cloudatlas.fandom.com/wiki/Ben_Whishaw?oldid=6318"
Community content is available under CC-BY-SA unless otherwise noted.