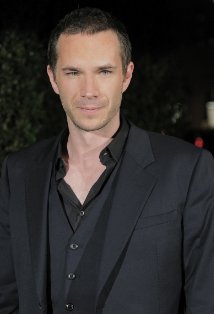 James D'Arcy was born Simon Richard D'Arcy in London, England, to Caroline (O'Connor) and Richard D'Arcy. He was raised by his mother, a nurse. He trained at LAMDA and graduated in July 1995. During his three-year course, he gained acting experience by appearing in the plays "Heracles", "As You Like It", "Wild Honey", "The Freedom of the City" and "Sherlock Holmes". His television appearances include the series Silent Witness(1996), The History of Tom Jones, a Foundling (1997), Sunburn (1999) and Dalziel and Pascoe (1996) and the dramas, Im Eishaus (1997), The Canterville Ghost (1997) and Ruth Rendell's Ruth Rendell Mysteries: Bribery & Corruption: Part One (1997).

Retrieved from "https://cloudatlas.fandom.com/wiki/James_D%27Arcy?oldid=5812"
Community content is available under CC-BY-SA unless otherwise noted.