This article is a stub. You can help Cloud Atlas Wiki by expanding it. 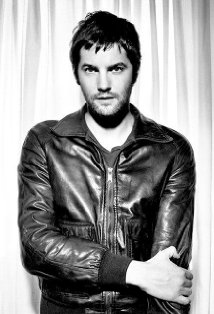 Sturgess was born in Wandsworth, London, but grew up in Farnham, Surrey, where he attended Frensham Heights School. He spent most of his youth skateboarding around his local car parks and started his first band as early as 15 years old. The band would also play gigs in and around his local area to any publican who would turn a blind eye to the fact that they were all under age. Sturgess's first acting experience came when the local theatre group came to his school looking for children to audition for the local play. Quickly realising that he would be able to miss school, he went along to the audition and landed one of the parts in the play.

Sturgess moved to Manchester to attend the University of Salford hoping it would enable him to start another band and hang around the Manchester music scene. In Manchester, he fell-in with a group of aspiring actors and film-makers, and his passion for acting was re-ignited. He started to write and perform his own short films and plays. While performing his one-person show 'BUZZIN', based on his performance poetry, Jim was discovered by an acting agent. He graduated from Salford University in 1999 with an HND in Media and Performance.

Sturgess dated musician and composer Mickey O'Brien for ten years after meeting in a rehearsal room in North London. Jim is selling original songs he sang on to raise money for Mickey's sick relative https://www.jimsturgesstragictoys.com/

In 2014 it was revealed that Sturgess was dating Cloud Atlas co-star Bae Doona. However, they broke up in March 2015.

In 2007, he got his big break when he was cast in Julie Taymor's musical Across the Universe, portraying Jude Feeny, a young man who travels to the US amid the raging throes of the late 1960s and falls in love with a sheltered American teenager, Lucy, played by Evan Rachel Wood.

In 2008, he appeared in the historical drama The Other Boleyn Girl in the supporting role of George Boleyn opposite Natalie Portman, Scarlett Johansson and Eric Bana. He also played the male lead role of Ben Campbell in 21, a film about five MIT students, who, by counting cards, take Las Vegas casinos for millions. Sturgess's co-stars in 21 include Kevin Spacey and Laurence Fishburne.

In 2009, he played Gavin Kossef in Crossing Over, appearing with Harrison Ford, Ray Liotta and Ashley Judd. Set in Los Angeles, the story revolves around immigrants from different countries and backgrounds who share a common bond: they are all desperately trying to gain legal-immigrant status. Also in 2009, he starred in Kari Skogland's 'critically acclaimed ‘'Fifty Dead Men Walking'’, loosely based on the true story, related in a best-selling book by Martin McGartland, of a young Northern Irishman who is recruited by the British police to infiltrate and spy on the Irish Republican Army, and who in the process ends up saving about 50 innocent lives.

Heartless, a film directed by Philip Ridley, premiered on 31 August 2009 at the London FrightFest Film Festival, a popular horror film festival. Sturgess appears as Jamie Morgan, a young man whose life has always been blighted by the large, heart-shaped port wine birthmark on his face and sells his soul to the devil. Jim Sturgess won the Best Actor Award at the 2010 Fantasporto Film Festival for his role. The film also won the Best Film Award and the Best Director Award for Philip Ridley.

In 2010, Sturgess starred in the film, The Way Back, which is based on a true story and is directed by Peter Weir. The character Sturgess plays is based on Sławomir Rawicz, a young Polish officer who escaped from a Russian gulag during World War II. Also in 2010, he did voice-over work for director Zack Snyder's 3-D animated feature film Legend of the Guardians: The Owls of Ga'Hoole, based on the children's book series, Guardians of Ga'Hoole by Kathryn Lasky.

In May 2010, Sturgess officially signed on to appear in One Day (based on the novel of the same title by David Nicholls) co-starring Anne Hathaway. The novel, about two students who meet on 15 July 1988, follows them on every 15 July for the next 20 years. Directed by Lone Scherfig, filming was completed on 17 September 2010 and theatrical release in August 2011.

Also during 2010, he filmed Upside Down. Filming was completed in May 2010 in Montreal, and as of early 2013 a limited international release was planned. Described as a "sci-fi romance", the film is the second full-length feature from the writer and director Juan Solanas. It was originally slated for release in 2011, but delays pushed back the release date.

A third film project in 2010 was Promised Land which was to be directed by Michael Winterbottom and, according to Variety, "will recount the lead up to the 1948 partition of Palestine and the subsequent creation of the state of Israel". Sturgess was to star as a British officer hunting down the extremist Jewish factions. The film was later put on hiatus because funding could not be secured.

In March and April 2011, filming took place for Ashes, a film directed by Mat Whitecross. The picture has been described as a contemporary film noir thriller that stars Ray Winstone and Lesley Manville along with Sturgess. Filmed in the Isle of Man, the production is being partially funded by the band Coldplay, university friends of the director. Sturgess co-starred in Cloud Atlas, which began filming in September 2011 and was released in October 2012.

Sturgess worked on two films during 2012, Giuseppe Tornatore's The Best Offer (original title 'La Migliore Offerta'), that was filmed during the spring in Prague, Vienna, and several cities in Italy. This film co-starred Geoffrey Rush and Sylvia Hoeks. It went on to win the prestigious David di Donatello Award for Best Film. In the autumn, Sturgess went to Los Angeles to film Electric Slide, directed by Tristan Patterson and co-starring Isabel Lucas and Chloe Sevigny. An official selection of the Tribeca Film Festival, it will premiere there in 2014 as part of the Viewpoint selections.

Three titles were filmed in the last half of 2013, starting with Stonehearst Asylum, co-starring Kate Beckinsale and directed by Brad Anderson, in the summer. Loosely based on the short story "The System of Doctor Tarr and Professor Fether" by Edgar Allan Poe, Sturgess stars as a medical school graduate who visits an asylum for the insane. London Fields, based on the novel by Martin Amis was next, filmed in London and co-starring Amber Heard and Billy Bob Thornton. The picture is the first feature film directed by Mathew Cullen. After that, Kidnapping Freddy Heineken was filmed in Belgium and later New Orleans. Directed by Daniel Alfredsonand co-starring Sam Worthington and Anthony Hopkins, filming finished before the end of the year. Sturgess portrays Dutch criminal Cor van Hout.

Sturgess has been writing and performing his own music since the age of 15. He has appeared in the Camden music scene for many years in bands such as Saint Faith and Dilated Spies. He has also written music for some of his films including two tracks that he wrote and performed for Crossing Over, and collaborated with director Philip Ridley on three tracks that appeared in the film Heartless.

Recently he released five exclusive demos in order to fundraise for his friend Neil who has Aggressive MS. These were demos written under the outfit Tragic Toys- which was the music created by La Roux member Mickey O'Brien and Jim www.jimsturgesstragictoys.com

Retrieved from "https://cloudatlas.fandom.com/wiki/Jim_Sturgess?oldid=6317"
Community content is available under CC-BY-SA unless otherwise noted.